The history & evolution of retail industry

However, they had limited scale, limited purchasing power, and comparatively unsophisticated operations. Their products tend to be more expensive, their product range can be limited as were their hours of operations.

The first evolution of retail happened with the birth of chain stores, which coincided with the rail system that connected the country. Factories grew and they are able to manufacture products for the whole country, tapping on the logistics facilitated by the rail network.

This is when two very important consumer brands were established – Procter & Gamble and Unilever, which are still popular today. They are the symbols of Fast Moving Consumer Goods (FMCG), by branding, standardizing and packaging the consumer products.

In fact, soap and detergent manufacturers started the FMCG concept way earlier in 1839 as the products are not required to be stored in the fridge. It was only until the 1930s when TVs started to appear and become a platform for the manufacturers to promote their brands.

TV programs were made to advertise soap brands and that’s how “soap opera” was coined, in case you wondered. When refrigerators became popular, the FMCG categories expanded to food products, which made FMCG companies much bigger than they were.

Therefore, we can conclude that the rail network enabled the distributions, chain stores standardized the services, and FMCG brands standardized the products. TVs facilitated advertising, refrigerators enabled food products to be stored longer, all these contributed to the first evolution of the retail ecosystem. 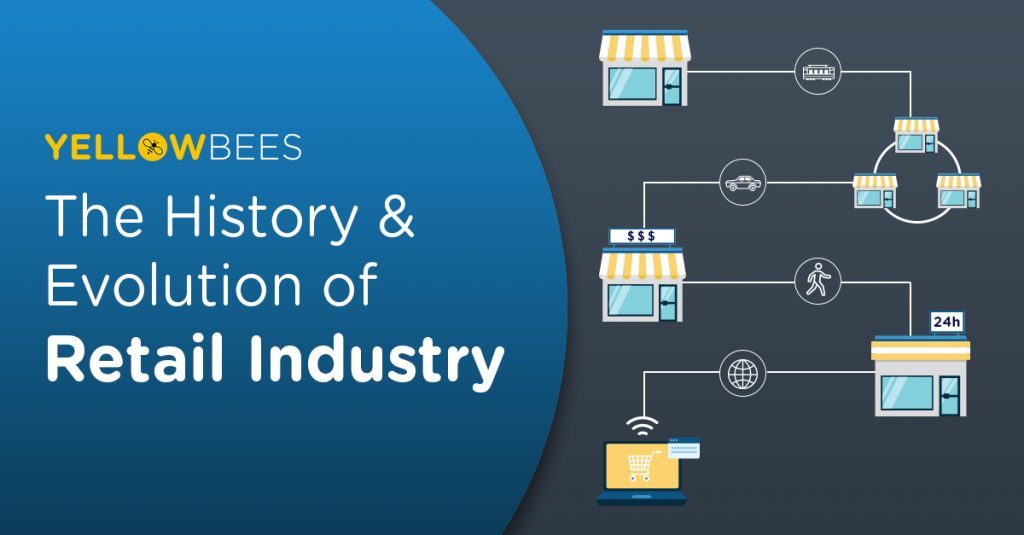 Before cars became common, there were two big retail brands in the United States – Kmart and Macy’s, with their stores located in prime areas in the cities. The next retail evolution coincided with the mass production of automobiles, and the retail stores no longer need to be located at prime locations.

Walmart was one of the first retail companies to adapt technology by launching a $24M satellite communication system in 1987. It was the world’s largest private satellite network, which allowed real time transfer of data between headquarters, distribution centers, suppliers and stores. The business intelligence enabled Walmart to price competitively, championing “Everyday Low Price”, unlike seasonal promotions by Kmart.

After Walmart, Costco emerged with its retail innovations. How did Costco compete with Walmart who carries 140,000 SKUs with low prices?

First, Costco simplified its supply chain by focusing on 3,000 SKUs only. With sales volume concentrated at a selected range, Costco can compete in price. Second, Costco charged a $65 annual membership fee to attract serious customers, which was a bold move at that time but the scheme was doubted by the public. Third, Costco was selling the products at cost price to the consumers and only made profits from the membership fees.

However, consumers couldn’t believe that they are buying good quality products at such a low price. Hence, Costco adjusted its strategy by making a small margin.

There is another interesting case from Germany – ALDI, who focuses on no-frills shopping experience. ALDI doesn’t sell products of most of the big brands as the company believes that these brands make the customers pay for all their marketing expenses.

ALDI limits its inventory to a lean selection of private-label items. 90% of the products sold are from its own brand line. The brand has a policy of no advertising in Germany and relies mainly on weekly offline and online newsletter called “ALDI Informs”. They even converted the store into the first self-service store to save employees costs.

Next stop? Japan. With its aging population and single living trend, convenience stores and pharmacies started to mushroom in Japan. You can basically grab everything from those stores, from grocery, cosmetics, to fresh food – as convenient as fast-food chains.

Retail evolves again when the Internet is widely used. E-commerce marketplaces have been on the rise around the world with the launch of giants we know today. Sites like Amazon, eBay, Alibaba have enabled retailers, big and small, to sell their products without geographical barriers.

The fundamentals of retail have never changed though, the content is always the product. It is how the retailers innovate to sell the content and service the customers.